Welcome to the website of the Texas Rose Rustlers. You have come to the right place if you are interested in old garden roses.

The present day Texas Rose Rustlers have changed some with the years, but still have the same purpose of joining together to share and gain knowledge of the old garden roses that our predecessors rustled from cemeteriesand deserted homesteads. Our actual rustles have changed into "cutting exchanges" as our numbers are too large for the old fashioned rustles. We do encourage others to rustle in smaller groups following the rustling etiquette.

We have three basic meetings: a Spring Meeting, a Summer Meeting (always at Mercer Arboretum), and a Fall Meeting. Either the Spring or Fall Meetings (or both) usually involve a full weekend of activities revolving around roses or gardening and are in various locations around the state.

You will find us still a welcoming, friendly group that strives to keep the love of old garden roses and the new roses that behave as old garden roses fervently alive. The friendships we have formed around our common love of these roses last a lifetime.

RAY ALLEN PONTON
May 13, 1930 - February 16, 2021
Ray Allen Ponton, 90, of Taylor, passed away on February 16, 2021 at his home with his family. He was born May 13, 1930, in Thorndale, Texas to Tilmon and Annie Preuss Ponton.
Ray graduated from Taylor High School in 1947. He served in the Air Force for the last 3 years of the Korean War. He married Margaret Jean Krieg on June 5, 1954 and worked at the First Taylor National Bank for over 30 years until he retired.
He served with many good friends in the Taylor Optimist Club and the Taylor Heritage and Conservation Society. He enjoyed participating in the Taylor BBQ cook offs and the Williamson County Pecan Growers Association, where he won numerous regional and state awards for his pecans. He was a member of the Taylor Brethren Church.
In earlier years he hunted for and polished rocks turning some of them into jewelry, grafted pecan trees, and collected named bricks from all over the country. He became quite adept at caring for honey bees, making wine, and growing heirloom tomatoes. More recently he became a hybridizer of antique roses, and thoroughly enjoyed his time with the Texas Rose Rustlers and the Bastrop County Historical Rose Society. The list of his roses can be found on www.helpmefind.com. Until his last days, Ray enjoyed researching and finding out about new things on the internet. He was truly a lifelong learner.
Ray was preceded in death by his parents, his only sister Sylvia Ann Ponton Slagle, her husband Leon, and his granddaughter Sarah Bohls. He is survived by his wife Margaret of 66 years, daughters Marianne Moncrief (Burt) of Plano and Susan Bohls (Rodney) of Houston, Granddaughter Meredith Konderla (Michael) and great grandson Luke of Houston, Grandson Cameron Bohls (Hayley) and great grandson Liam of Katy, and dear nieces and nephews.
Celebration of life will be held on Friday, February 26, 2021 at 1:00 pm at Providence Funeral Home with burial to follow in the Taylor City Cemetery. If attending, masks and social distancing will be observed. There will be no formal visitation. The family invites you to stay safe and watch the service which will be live streamed or posted on the Taylor Providence Funeral Home Facebook page.
Pall bearers include:  Cameron Bohls, Rodney Bohls, Eric Brewer, Walter Brewer, Jared Delony, Michael Konderla, Burt Moncrief, and Jason Reiger.
The family would like to express appreciation to all of Ray’s doctors at Baylor Scott and White and the caregivers who saw him through his battle with his autoimmune disease. In lieu of flowers donations can be made to: Optimist Scholarship Fund - Taylor High School, Taylor Brethren Church (P.O. Box 351, Taylor Texas 76574), or the Texas Rose Rustlers Association (c/o Elisabeth Castro, 28423 Wild Oaks, Magnolia, Texas 77355-1995). Cards can be sent to: Margaret Ponton at 415 Tucek Rd., Taylor, TX  76574.

Have you Renewed your Membership?

For those who were unable to come to the meeting at Mercer, please mail your annual dues of $15 to Elisabeth Castro. Make your check out to "The Texas Rose Rustlers" and send to Elisabeth Castro, 28423 Wild Oaks, Magnolia, TX 77355-1995. 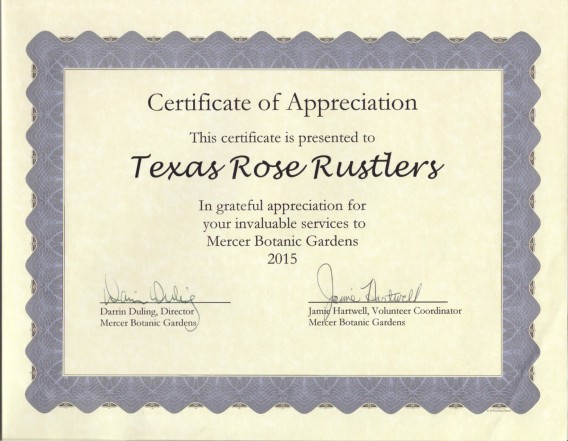 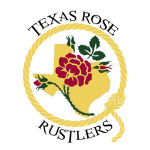